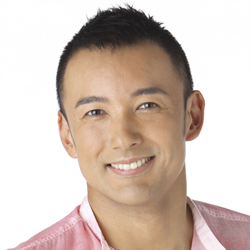 Member, the House of Councillors JAPAN

Joined the show business in 1990 when he was 16 years old participating in “DANCE KOSHIEN(Dance Champion among High School Students)” of “TENSAI, TAKESHI NO GENKI GA DERU TV(Cheering up TV by Genius Takeshi)”.

Made his debut as an actor in 1991 in the movie “DAIDA KYOSHI AKIBA, SHINKEN DESU! (Substitute teacher Akiba dead serious)”, followed by playing in many popular TV dramas and movies, including TV dramas of NHK(Japan Broadcasting Cooperation) “FUTARIKKO (The Twins)” (1996) and “SHINSENGUMI! (Shogun’s military police headquartered in Kyoto in 1700’s)” (2004), and movies “BATTLE ROYAL” (2000) and “GO” (2001). Using his well-trained physique, also acted as a reporter in TV programs such as “SEKAI URURUN TAIZAIKI (Popular Travel Program)” and gained popularity.

Won the Best Supporting Actor Prize of Japanese Movie Critics Award in 2001 for his performance in “HIKARI NO AME(Rain of Light)” and “GO”, and Supporting Actor Prize of 2003 Blue Ribbon Award in “MOONCHILD”, “GERROPPA! (Get up!)”, “SHOURO NAGASHI (flowing lanterns in remembrance of the deceased)”. Played in stage performance “THE LADY OF THE CAMELLIAS, AKIHIRO MIWA VERSION” and starred in movie “EDEN” (2012)

■As a member of the House of Councillors

After The Great East Japan Earthquake on March 11, he started Anti-Nuclear Activity alongside the activity as an actor.

Ran for the House of Councilors election(Tokyo electoral district), obtained 666,684 votes (11.8%) and won(July 2013). Currently active as a member of the Cabinet Committee, deeply involved in issues such as Nuclear Power Plants and Radiation Exposure, Children and Fukushima, TPP, Labor, Social Insurance System Reform and Freedom of Expression.